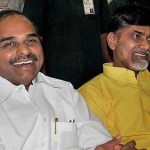 No ruler has been true to his words in the era of globalization. They have been made to lie. The successive rulers of Andhra Pradesh, say, N.Chandra babu naidu and Y.S.Rajasekhara Reddy have deliberately made the people that the loans granted by the World Bank would alleviate poverty. Poor farmers took away their lives because of indebtedness in the tenures of these two rulers. Y.S.Rajasekhara Reddy did a little to prevent Babu from throwing the state into perpetual bankruptcy when he was the leader of opposition too. Here is the editorial I wrote in 2000 on their double standards.